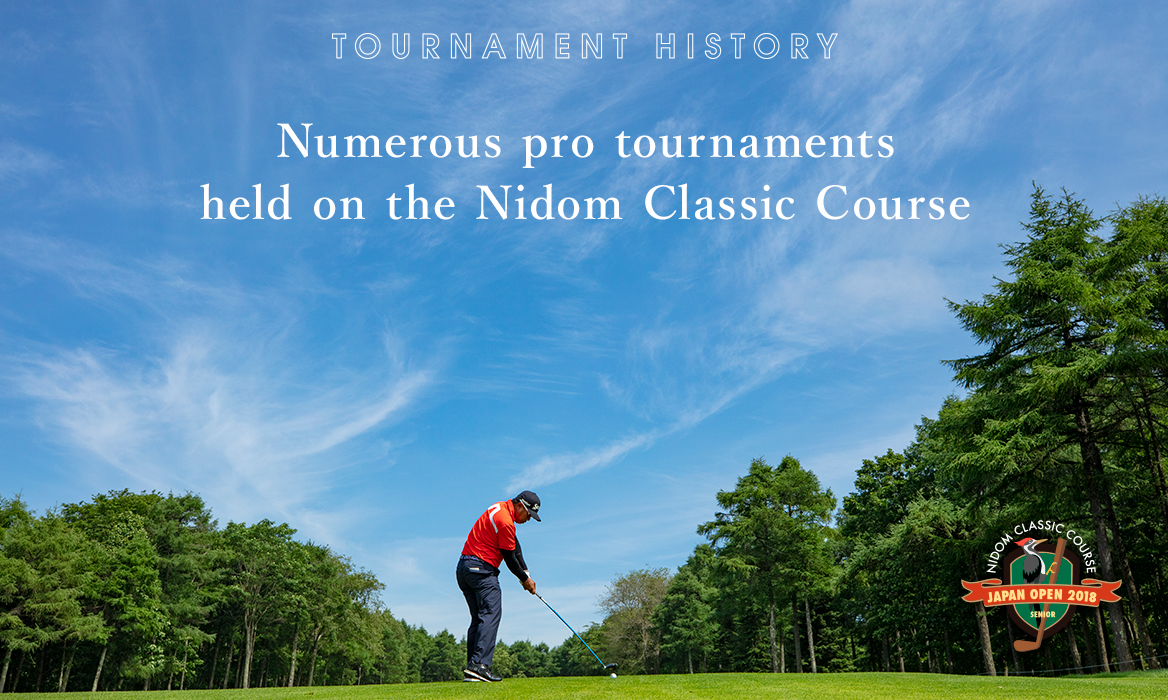 In 1990, Nidom’s golf tournament history got its start with the Sam Snead Cup, a competition held for three consecutive years and named after a great golf player also known as “Slammer.” The beautiful and tough courses at Nidom not only entertained amateur golfers but also inspired professional excellent players, helping to create a number of close matches and famous scenes.

On the day of the match, the trees in the forest of Nispa were swaying in winds gusting at more than eight meters per second.

In the long 36-hole final round of match play between Toru Taniguchi and Kaname Yokoo, Yokoo found himself in the lead after having won four of the first 18 holes. Taniguchi then rapidly reversed the situation by winning five of the next eight holes. It seemed obvious that the tide had turned in Taniguchi’s favor. Then, on Hole 9, the 27th hole of the match, Yokoo made a snaking 18-meter birdie putt to even out the match.

The match would come down to the remaining nine holes. After leading by one shot after Hole 29 and two shots after Hole 33, Yokoo bogeyed the 17th (the 35th hole of the match), but was reprieved when Taniguchi followed suit, giving Yokoo a 2 and 1 victory. The champion smiled as he said, “I love the wind.”

It was a handsome young man loved by the god of Nispa who “overcame” the whirling wind.

Ai Miyazato wanted to win at all costs. Although she made the cut in 19 tournaments in her debut year on the U.S. Tour, her best performance was coming in third at the KPMG Women’s PGA Championship. Even though she had shifted her focus to the U.S. Tour from the Japan Golf Tour, she was still determined to show Japanese fans how she had matured as a golfer.

In the final round with a one stroke lead, she hit brilliant recovery shots after driving the ball into the woods on holes 2 and 8. She played patiently to make three birdies, and raised her fist in victory on the 18th. This title she aspired to and achieved at Nidom was her second major title in Japan.

On the last day when Prayad Marksaeng in the final group was about to tee off, three strokes ahead of the second place player, his cheeks were wet in the driving rain. After three days of rounds, he had developed a keen sense of how tough the course was and had no choice but to play in these vile conditions. All the more, he decided not to play it safe. The first game shot he made on Hole 1 landed in the center of the fairway as if piercing the air. The second shot settled itself four meters to the left of the pin. He could not card an eagle, but he did make a tap-in birdie, which was a hopeful start. On the front side, he ended up with three birdies and one bogey, while Toru Taniguchi, a tour rookie, came out with one over in total.

Tsuyoshi Yoneyama, who entered the U.S. Senior Open, scrambled for a par on the front side, but could not narrow the gap with the leader. “Monster” Ryoken Kawagishi started playing with Marksaeng in the final group, but poorly shot 40 strokes on the front side. Though Toshimitsu Izawa, a tour rookie like Taniguchi, tried to turn the tables on the leader on the final day, he made two bogeys, leaving no possibility of gaining the top position.

Other powerful players also struggled with Nidom’s course settings, which meet major specifications. Even on the back side, Marksaeng continued scoring a par with careful management, allowing no one a chance to reverse the situation. Hole 14 (Par 4, 421 yards), a dog-leg hole with forests pushing out from the left awaited Marksaeng as he found himself six strokes ahead of the second place player. His tee shot that was expected to avoid the forests pulled to the left and went into the OB zone. This shot, however, hit a tree outside the stakes in the OB zone and fortunately bounced back onto the course. He bogeyed this course. The next tee shot he made on Hole 15 pulled to the left again, which made the gallery believe he was feeling pressured in the face of victory. However, the ripples indicating a tempest had subsided.

After making a pin high shot on Hole 16 (par 4), he birdied the hole. He then bogeyed the last hole, but ended up with a score of five under in total. He achieved a landslide victory five strokes ahead of the second place player, becoming one of only three golf players in history to gain his third consecutive championship victory. Toru Taniguchi finished in second place, and was mortified at the result of his first Senior Open experience.

The championship was held in rainy weather with strong winds on deep, sticky rough, and on a long, tough course. When Prayad Marksaeng, who won the fierce championship, held the trophy up high, the sun once again began to shine peacefully in the northern sky. And with that, another new page was added to the history of tournaments held at Nidom. 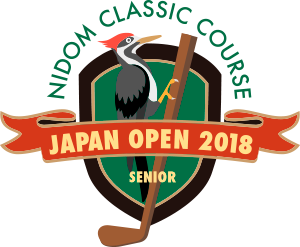 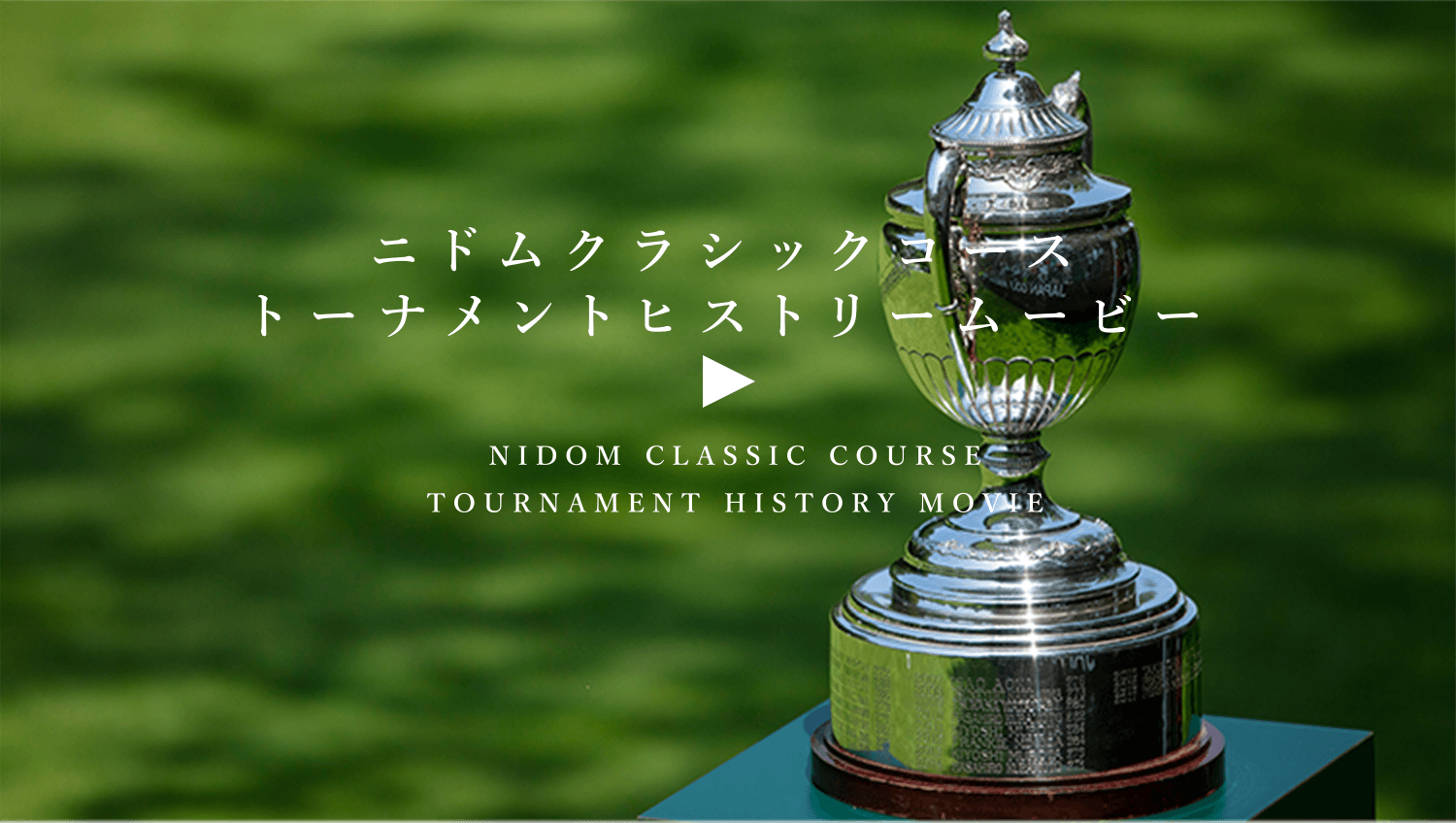